Mid-20th century industrial design icons Charles and Ray Eames noted that measuring the weight of honey on a gradual scale is analog whereas counting sugar cubes in discrete units is digital. They likened analog to broad jump where manifestations of performance are measured along a continuous range. And they likened digital to high jump where performance is evaluated against a preset threshold. At that time, analog and digital had already brought about two seperate approaches to electronic computing.

Today, analog is a well-understood, yet underutilized computing paradigm next to the ubiquitous digital and the infant quantum paradigms. Digital computing, well suited for algorithmic symbol processing in discrete steps, is less suited to model continuous relationships efficiently. Today's urgent challenges in new energy research, public health, economic modelling and elsewhere, however, require precisely the modelling of continuous relationships. Analog computing is ideally suited to address these challenges with unparalleled speed and efficiency.

Once seen as an alternative to digital, analog can complement digital in analog-digital hybrid computers. This offers a path to accelerate computing beyond the impending end of Moore's Law. To this day, however, the enormous potential of hybrid computing remains largely untapped. 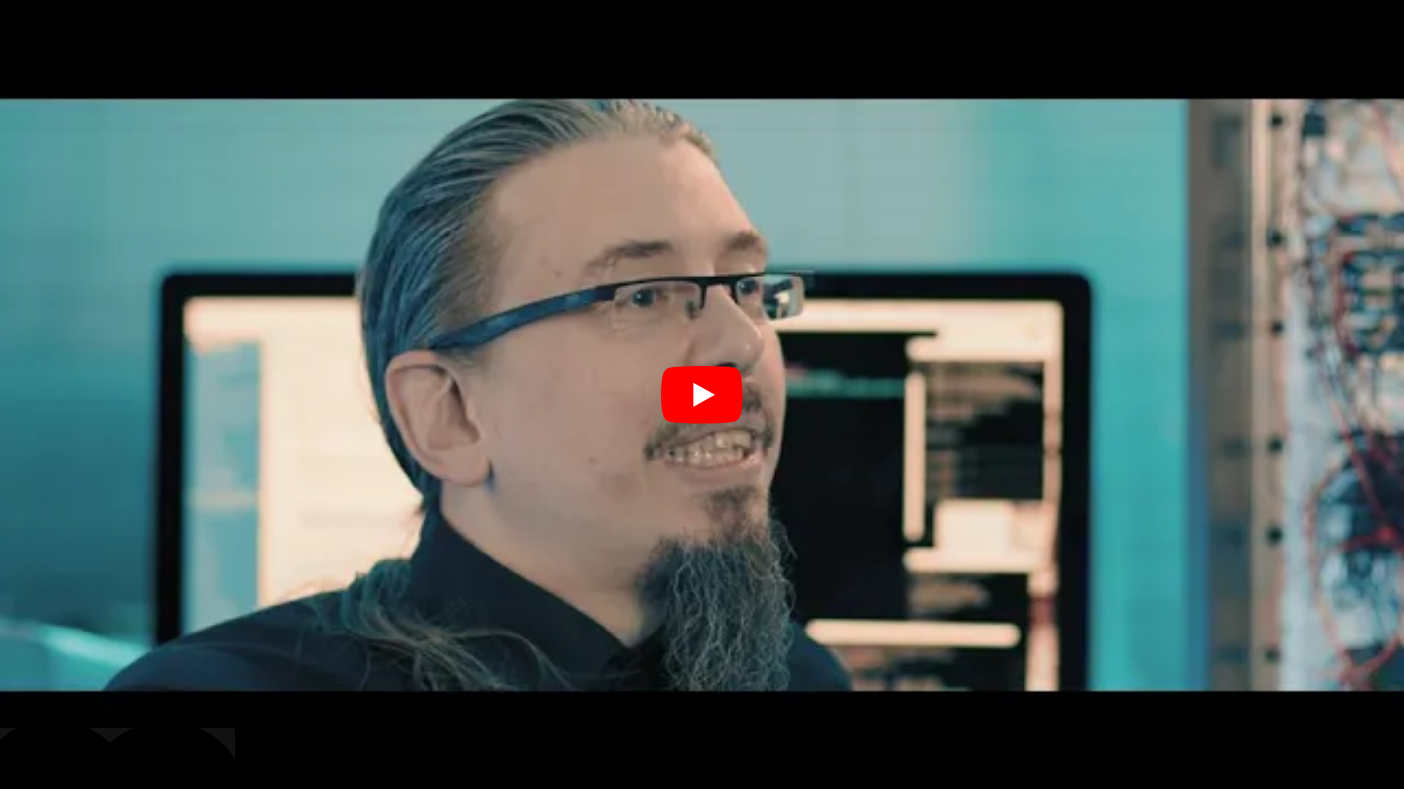 The analog computer on-a-chip opens the door to another computing paradigm for the 21st century. The principles of its operations and of its implementation in silicon are understood. Its potential to support and enhance digital computation is vast. To illustrate this potential, we divide it into eight segments using three distinctions:

User experience: Users may be aware of using an analog computer on-a-chip (engaged) or they may be unaware of it (hidden).

Purpose: An analog computer on-a-chip may be applied with a fixed configuration (special purpose) or its users may be able to re-configure its programming (general purpose). 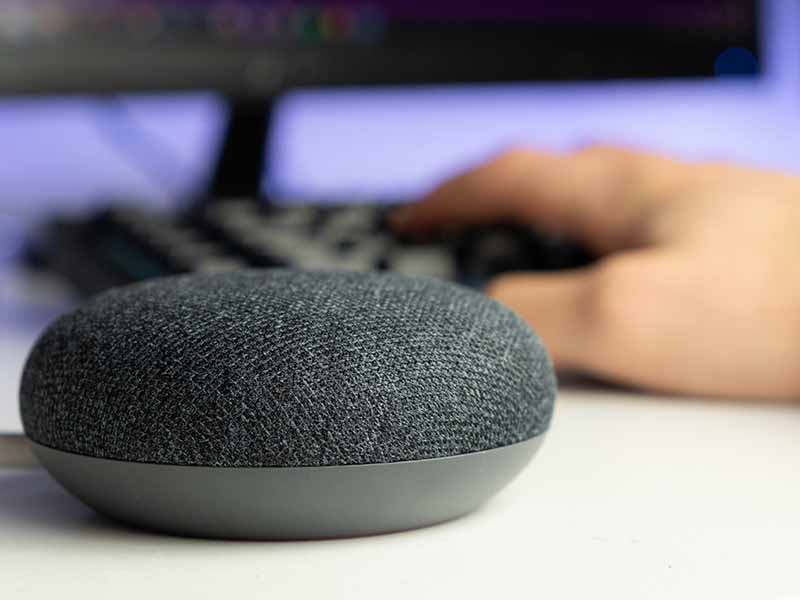 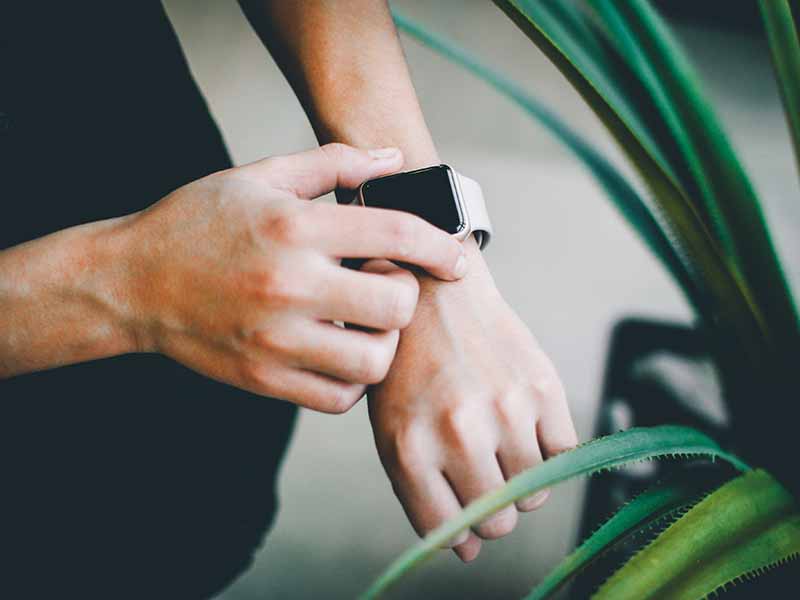 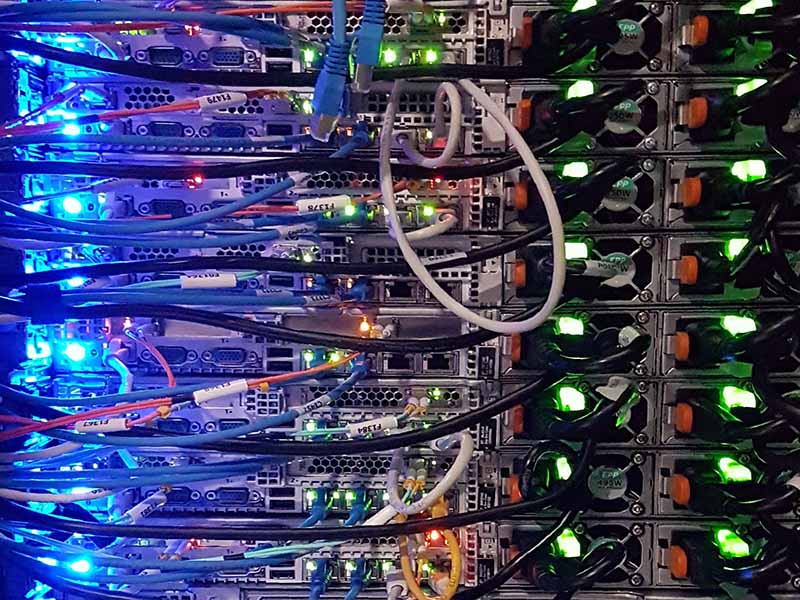 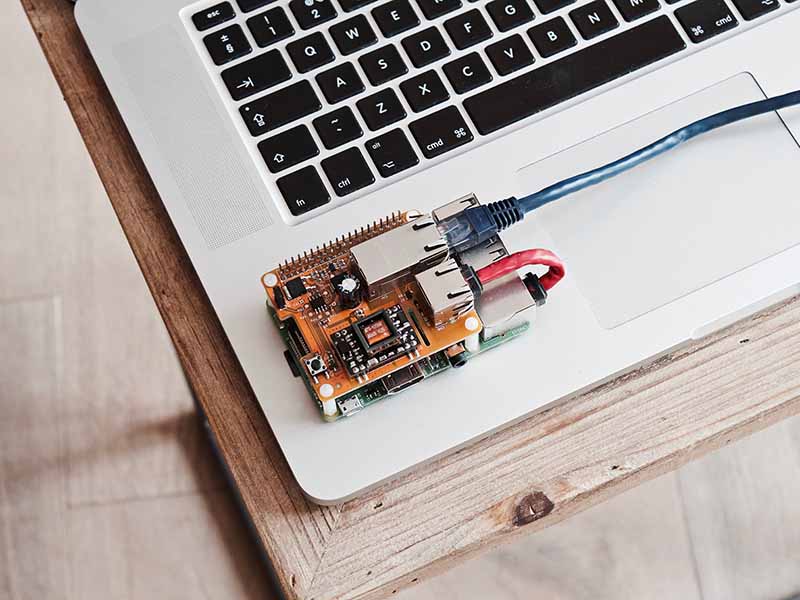 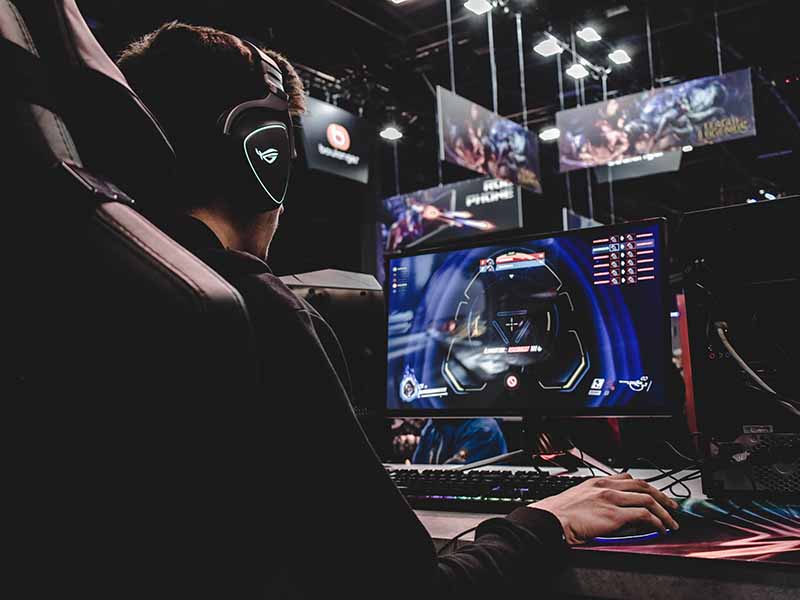 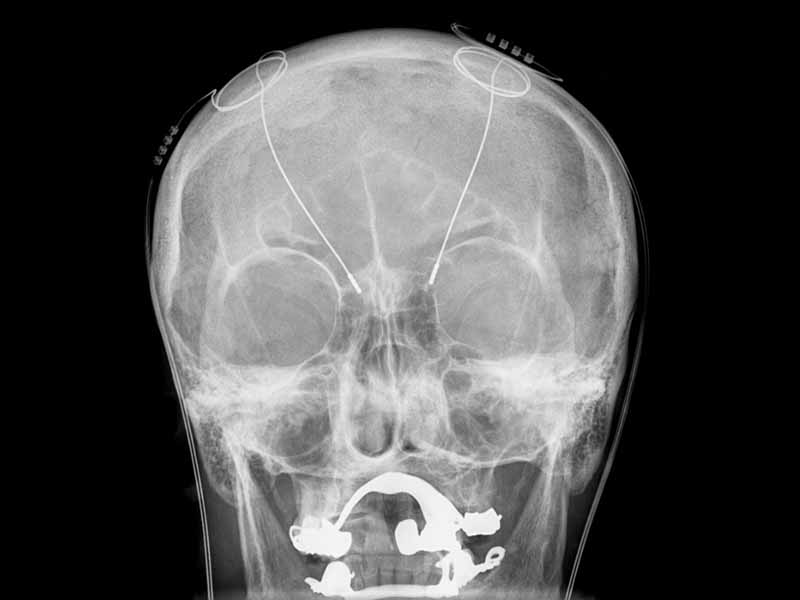 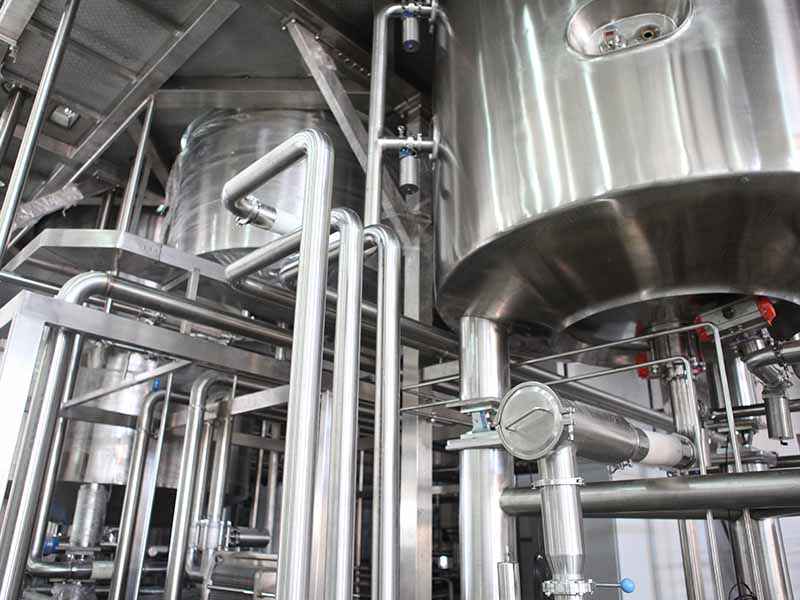 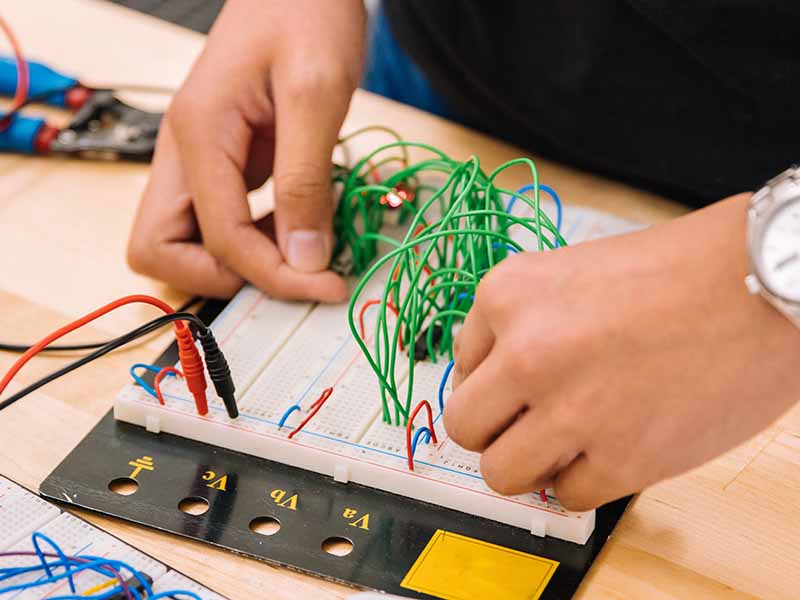 anabrid's development of the analog computer on-a-chip is underpinned by sustained hardware and software innovation, education, documentation, and community outreach initiatives. Under its brand Analog Paradigm, anabrid is developing a ground-breaking range of analog and hybrid computer systems.

THE ANALOG THING (THAT) is a high-quality, low-cost, open-source, and not-for-profit cutting-edge hybrid-enabled analog computer available to individuals and educational institutions in the near future. It is a strategic resource in anabrid's fostering of young analog computing talent.

The Model-1 analog computer with its accompanying range of expansion modules is available to industry, research institutions, and individual customers.

A range of academic and educational literature, system documentation and application notes, as well as several open-source developer resources and related software documentation, support the anabrid product ecosystem. These resources are open to community engagement and collaborative university research. 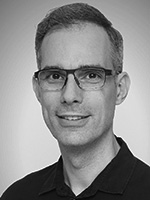 Prof. Dr. Dr. Thomas Fischer teaches design at the Southern University of Science and Technology (SUSTech) in Shenzhen, China. Having taught and researched internationally for over 20 years, he has an extensive track record in design computing and cybernetics. He is a Fellow of the Design Research Society, a Fellow of the Cybernetics Society, a Certified Talent of the International Academy for Systems and Cybernetic Sciences, and a recipient of the American Society for Cybernetics' Warren McCulloch Award. He serves as anabrid's Chief Design Officer.
personal website 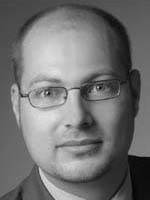 Dipl.-Ing. Lars Heimann is responsible for anabrid's business intelligence solutions as well as for implementing technology solutions. He brings years of experience in the Banking and Financial Services Industry to the table and has a background in Quantitative Finance Computing, Aerospace Technology and Power Plant Engineering and Design. He specializes in all aspects of Business Intelligence and heads the Business Development Department. He is known to design his own lego planes. He serves as anabrid's Chief Executive Officer.
personal website 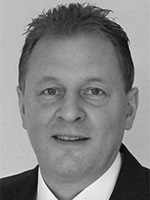 Prof. Dr.-Ing. Dirk Killat is a professor for microelectronics and an expert in the field of energy efficient analog circuits, System-on-Chip for industry, automotive, power management and consumer electronics applications. He has commercialized successful products with millions of units sold at Dialog semiconductor, which has since been acquired by Apple Inc. He holds 21 patents. Currently, his work is focused mainly on energy efficient analog/digital conversion and DC/DC voltage converters. He serves as anabrid's Chief Technology Officer
personal website 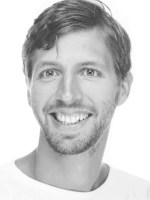 Dr. Sven Köppel is a quantum physicist and an expert in numerical solutions of partial differential equations (PDEs). As a part of his PhD project, he has developed energy efficient codes for simulating black holes and gravitational waves. He was a deputy chief investigator of an international three-year research project on efficiently solving hyperbolic PDEs on exascale computers. He is a frequent academic speaker whose experience extends across several fields including life science and medical engineering. He serves as anabrid's Chief Scientific Officer.
personal website 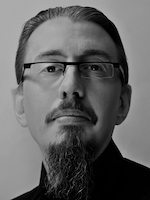 Prof. Dr. Bernd Ulmann is a world-leading expert in analog and hybrid computing. He is the author of several recent books in this field, including Analog and Hybrid Computer Programming (DeGruyter, 2020). He is a professor for business informatics at FOM University of Applied Sciences, a private college in Frankfurt/Main, Germany. Dr. Ulmann is the conceptional lead of anabrid.
personal website 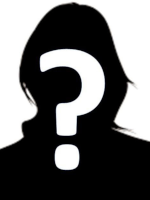 We are Hiring! We are looking for highly motivated people who want to join us on this thrilling jorney of developing the next generation of computers! Regardless of whether you are a scientist, engineer, developer or enthusiast with different skills, write us a mail to jobs@anabrid.com! You are also invited to read our formal job advertisements.
See vacancies

“Analog computers are the natural next step in the development toward increasing computational power at increasing energy efficiency.”
— Neue Hoffnung für die Analogrechner , Frankfurter Allgemeine Zeitung
“Analog computers have been replaced by digital computers, but that does not mean that the idea is no longer a good one.”
— Porträt von Bernd Ulmann, Tagesspiegel Background
“In some areas, analog computers are so powerful that it would be foolish not to combine them with digital computers.”
— Analog oder digital ist nicht die Frage, ntv
“An analog-digital chip, with its low energy consumption, could find applications in autonomous vehicles or mobile phones. It has the potential for a killer app.”
— Auf Zukunft programmiert, Creditreform
“Analog computers can outshine digital computers when it comes to problems that can be modeled using mathematical equations.”
— Der Neustart, WirtschaftsWoche, Ausgabe 3, 10.1.2020, S. 15-21
“Modules on the chip can be connected via software. This is possible because the chip is installed inside a normal digital computer. It offers support as an analog assistant who comes into play automatically in all those tasks it can solve unbeatably fast.”
— Zurück in die Zukunft, Der Spiegel, Nr. 47/16.11.2019, S. 101-108
“Ideally, it will be integrated on a single chip containing a series of basic computing elements such as summers, integrators, and multipliers – controlled by a digital computer.”
— Der Herr über die Analogrechner, Welt der Fertigung, 06/2019, S. 16-19
“According to Ulmann, this is not magic but instead within reach. He needs two years and a team of 10-15 experts to make this goal come true.”
— SPRIN-D, Federal Agency for Disruptive Innovation, Germany
“Things get really interesting when you consider hybrid chips.”
— Bits for Bytes, Infoportal for Digital Movers and Makers
“Without analog computers, next generation technology is unthinkable.”
— Die Zukunft des Computers ist analog, Capital Magazin

This site was build using the WHITE template by Eva Theme, retrieved from from PixelBuddha.

The following images were used on this site: